0
was successfully added to your cart.
Press enter to begin your search
Blog PostsFood

NutriBullet… A Glimpse Into the Future of Nutrition?

By staceholland13th March 2015 No Comments

I was recently given a super-sleek, compact, rocket-looking kitchen appliance. It looks great in my kitchen, takes up minimal space and comes with fabulously functional accessories. I had heard mention of it being ‘like a blender’ but referring to it as such does it no justice. To describe the NutriBullet (what an apt name) as a blender is probably only done due to tens of years of cementing that word, that concept, into our minds over time. However what the NutriBullet offers is a modern edge over the conventional blender, a technological leap and a design bound into the future. It, my dear friends is known not as a mere blender but rather as a nutrition extractor. 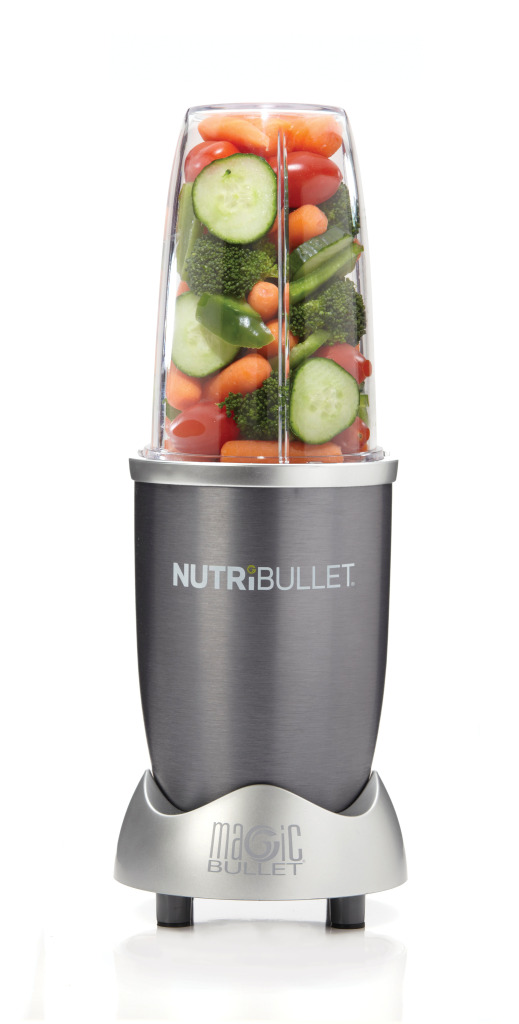 Bla bla bla I hear you saying….”nutrition extractor?, that’s a fancy term they used because they didn’t want to use the word blender!” And to be fair, I probably would have agreed with you until I started playing around with it. There is something different about this machine. It really packs some punch. However I must state right now that I did struggle to understand why they refer to it as a “superfood nutrition extractor”. I do believe this is where marketing plays a powerful role and what a clever case of innovative branding this is. How else would you differentiate yourself from the thousands upon thousands of blending contraptions out there? And it is more convincing to believe that I’m going to be gulping down nutritious “nutriblasts” rather than gritty smoothies or insipid juices. No, no, SuperFood Nutriblasts sound way more serious. It has more oomph to it doesn’t it? That said, I do believe that the pros outnumber the cons when it comes to this revolutionary machine and I hope to outline them over the next few weeks as I try out various recipes. In the end it is my aim to provide you with a balanced review of the NutriBullet, allowing you to make a healthily-informed decision! 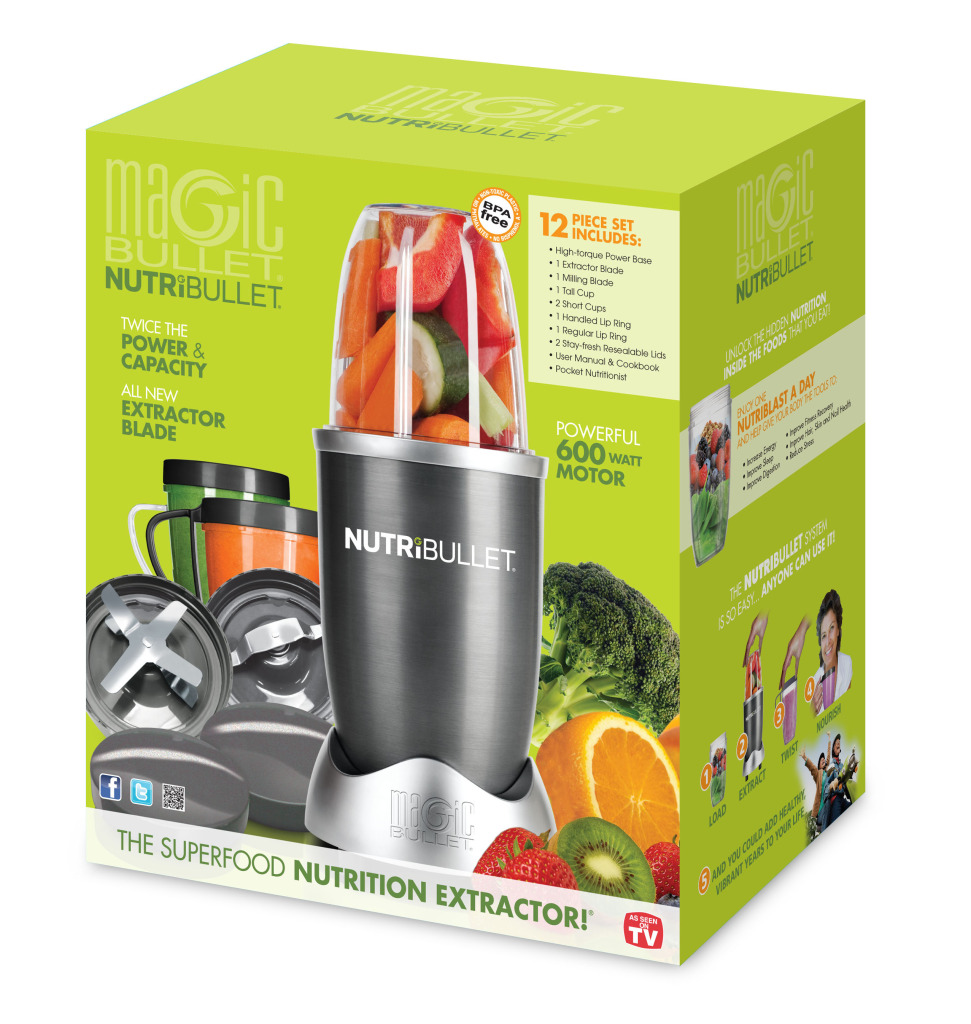 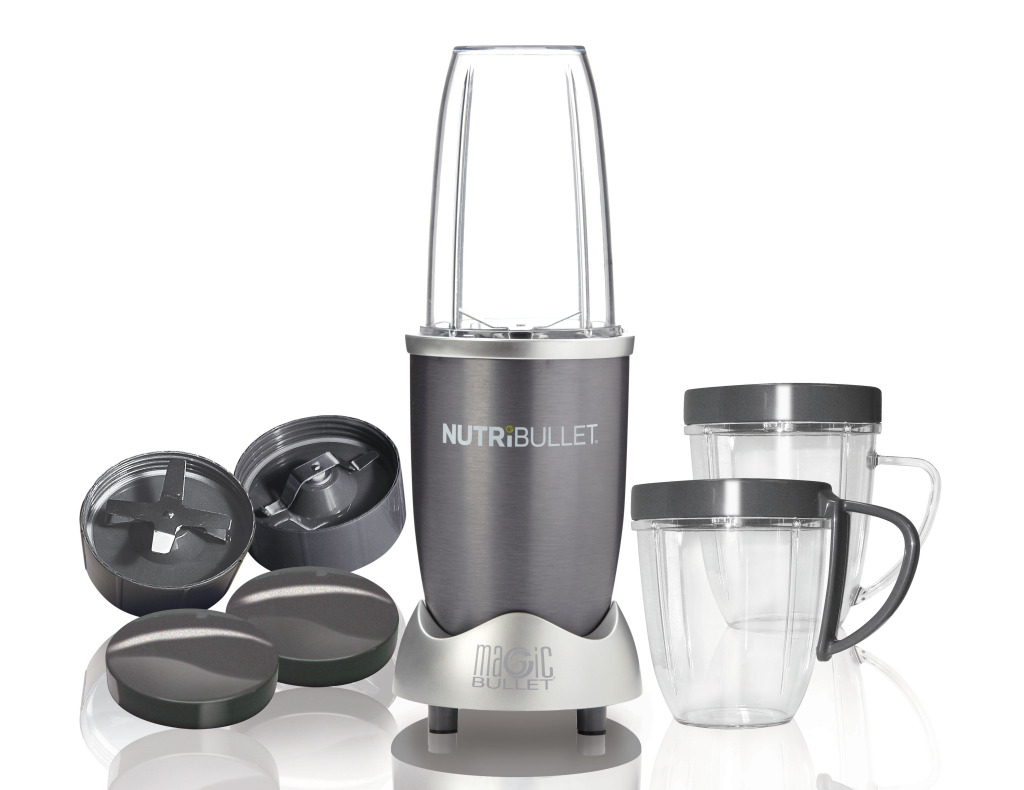 The Benefits of Nutriblasting and Juicing

My husband hates eating veggies. There’s no way around it. Although he is getting better at including more fresh vegetables into his diet, it’s nowhere near the amount he should be eating. And truth be told much the same could be said about me: I’m just not getting in all the veg, and therefore all the nutrients, vitamins, minerals, enzymes, essential fatty acids etc that I should be on a daily basis. This creates a compelling case in favour of ‘nutriblasting’ and conventional juicing – they are a means to get in all those nutrients in just one or two servings a day.

A Word of Caution…For the Sake of Your Waist

Where you have to be particularly cautious is when either juicing and/or nutriblasting (see how I’m changing the vocab here through repetition) negatively affects your weight loss goals. “When you put things in a blender, you’re not blending the calories away,” says Keri Gans, author of The Small Change Diet. And while juices will certainly have less fibre than nutriblasts and therefore less calories, some may argue that this fibre is vital part of your diet. However both juicing and nutriblasting can definitely benefit those with a weakened digestive system and an overloaded intestinal tract.

“It’s not just what you eat, it’s what your body can absorb” David Wolfe, NutriBullet Nutritionist

While this may be true, what affects absorption is in part affected by the food we eat and in part by the condition of your body and the environment created for absorption. For example, if your stomach for some reason is not producing enough stomach acid, absorption is affected. If the integrity of your intestinal wall has been compromised, absorption is affected and if you don’t have enough fat in your diet, fat-soluble vitamins will not be effectively absorbed.

Well according to Gans, “There aren’t any scientific studies that prove that blending foods releases nutrients that wouldn’t be released when you chew them normally. Your body breaks down food during digestion more than a blender could anyway.” However, this is where I believe the benefit of nutriblasting truly comes to fruition. For those who struggle with dysbiosis, IBS, gas, bloating and general poor digestive health your body’s digestion is already at a sub-par level. You would greatly benefit from a nutriblast or two a day to assist digestion and improve absorption. In turn, the nutrient-rich drinks will go a long way in helping your body heal itself of the conditions affecting digestion in the first place. In other words, a part from having to watch the calorie count, having a nutriblast a day can do you no harm whatsoever.

It’s too soon to tell and I will be messing about with it for the next 6 weeks but I am impressed by the size of the NutriBullet, and the fact that the consistency is a lot smoother than when I blend a smoothie. Also according to the manufacturers, I can add in the stems of  grapes and it will liquify them along with the pips and flesh. These would normally get stuck in a regular blender or float around in the smoothie so I’m definitely going to try that out.

So marketing tactics aside, I’m excited to try out the NutriBullet! 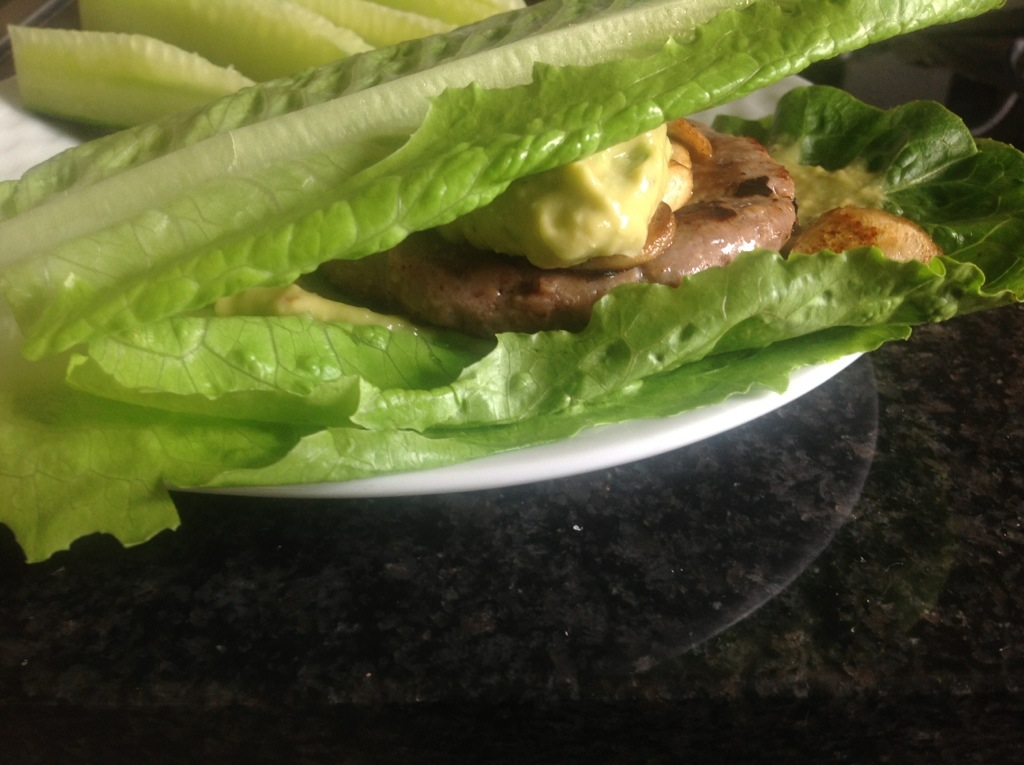 ‘Cos A Burger Can Be Healthy

‘Cos A Burger Can Be Healthy

© 2020 Stacey Holland. All Rights Reserved. Site by The Art'haus.